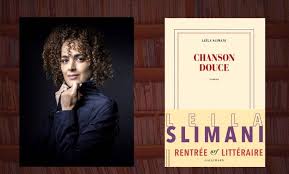 PARIS — Leïla Slimani, a French-Moroccan novelist, was awarded France’s top literary accolade, the Prix Goncourt, on Thursday for her book “Chanson Douce” (“Sweet Song”), a thriller that opens with the killing of two young children by their caretaker.

Several commentators had predicted that Ms. Slimani would win. The novel has been a best seller — more than 76,000 copies have been purchased — and Ms. Slimani, 35, has a high profile as a former journalist at Jeune Afrique, a French-language magazine of African news. (…)

The 10 members of the Goncourt Academy, which awards the prize, made their announcement at the Paris restaurant Drouant, where the winners have been presented since 1914. (The prize is given for works in French, but recipients do not need to be French citizens.)

“It’s a novel on class struggle in a bourgeois apartment about possession of the children’s love,” Mr. Pivot told Le Figaro.