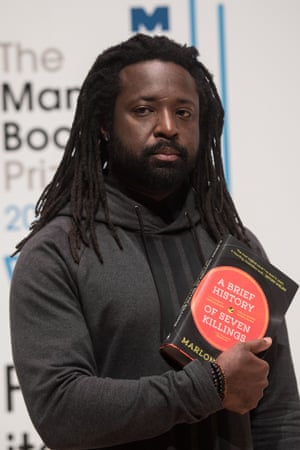 Marlon James has become the first Jamaican writer to win the Man Booker prize, taking the award for an epic, uncompromising novel not for the faint of heart. It brims with shocking gang violence, swearing, graphic sex, drug crime but also, said the judges, a lot of laughs.

A Brief History of Seven Killings, a fictional history of the attempted murder of Bob Marley in 1976, was “an extraordinary book”, said Michael Wood, the chair of judges. “[It was] very exciting, very violent, full of swearing. It was a book we didn’t actually have any difficulty deciding on – it was a unanimous decision, a little bit to our surprise.”